Greater Victoria Police Victim Services – the emotional first responders to crime and trauma. This article originially appeared as the Philanthropy Page feature in the Black Press in February, 2012. 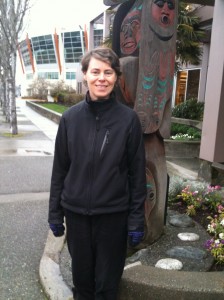 A crime has been committed or a tragic accident has occurred. First responders to the scene might include the police, firefighters or paramedics. There’s another group of first responders, however. They are the staff and volunteers of the Greater Victoria Police Victim Services. “We provide the first response to the emotional side of an incident,” said Antoinette Warren, program director. “We provide emotional support to victims and their families, we refer people to appropriate services, and we explain the procedures that follow a crime or a serious incident.” Warren’s team of staff and highly trained volunteers might be called to go with police to support a crime victim, or to help notify family members of a sudden death. At other times, police will ask Victim Services to contact a victim shortly after an incident. People are also welcome to contact the program themselves, regardless of whether they’ve reported a crime or incident to the police. As program director of the Greater Victoria Police Victim Services, Antoinette Warren leads a team of eight staff members and 39 volunteers who provide support to victims of crime and trauma. Their offices are provided by the Victoria Police Department, where Warren is pictured.

When contact is made, clients receive a sympathetic ear and a knowledgeable source of information about police, coroner and court procedures. While the Victim Services team does not provide counseling themselves, they do provide referrals to counseling and other support services. They also provide court support to clients. This ranges from helping to prepare a victim impact statement to accompanying a client to court. “Most high-profile court cases you hear about will have one of our team members involved supporting the victim or the victim’s family,” said Warren, who explained that court support can go on for months – and sometimes years. “I really appreciated and looked forward to the support worker calling every week – this was very comforting,” said one former client of Victim Services. The Victim Services team works closely with each police force in the Capital Regional District, including the military police that serve Canadian Forces Base Esquimalt. Core funding comes from the Capital Regional District and the provincial Ministry of Justice, which charges a 15 per cent surcharge to criminal fines to underwrite victim services programs throughout the province. All services are provided free to clients.

In 2011, Greater Victoria Police Victim Services opened close to 1,300 files but they noticed that some groups were under-represented according to the region’s population. Seniors, for example, only accounted for 27 of those files. New immigrants and First Nations people were also under-represented. That prompted Victim Services to apply for funding from The Victoria Foundation and the federal Department of Justice to develop a campaign to target those three populations. Print materials are being published in five languages and information sessions are being developed that will focus on issues of particular interest to each group. The session for new immigrants, for example, will provide an overview of the B.C. justice system and democratic process in an effort to allay concerns of immigrants from countries where there is widespread distrust of the police and courts. Sessions for seniors will include information about elder abuse and those for Aboriginal people will incorporate respect for First Nations cultural traditions. “The purpose of the campaign is two-fold,” said Warren. “We want to spread the word about the service and we also want to recruit more volunteers from these populations.”

Breaking through the isolation

It’s all part of Victim Services’ goal to break through the isolation the surrounds people who’ve been the victim of a crime or a traumatic incident. “Someone who’s been through trauma is not at their best,” she said. “And when you’ve been broken in to or been the victim of an assault, there’s a feeling of violation. It’s hugely meaningful to know you’re not alone – that there are people and organizations out there to support you.”

How you can help: